On Remembering Auschwitz and the Holocaust 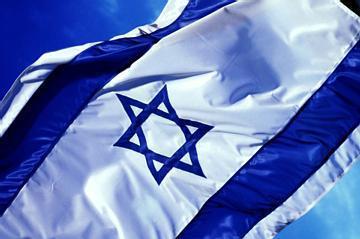 We can do justice for those who perished in the Holocaust (and in other genocides throughout history and current events) by remembering their names and vowing to confront the blind hatred that continues to control our natures and our society at large.

Yesterday was the 70th Anniversary of the Liberation of Auschwitz. It is a day of indescribable mourning for those who survived the Holocaust; a day of atonement for those who perpetrated it; and a day of awareness for those who choose to believe it never happened.

In the years leading up to Holocaust, the Jewish World was very similar to today’s. Our population was 13 million strong. We lived all walks of life, and many of us had assimilated into our local cultures. This was so apparent that, even in the 1930s, German Jews referred to themselves as Germans first, Jewish second. American Jews (including I) feel the same way today, often viewing themselves first as Americans, then as Jews.

Also, much like today, Jews were debating what it meant to be Jewish. Reform Judaism had just emerged, following the establishment of the modern university system. Conservative Judaism evolved in response to the Reform Movement, pushing the question further to the edge.

Whiles European Jews were questioning their own religion, European gentiles voiced their objections against it. Anti-Semitism flared in the 1930s, especially in Germany.

Prior to the Nazi Regime, Germany was crushed by the outcome of World War I. The Treaty of Versailles gave the proud German Nation most of the blame for instigating “The War to End All Wars”. Furthermore, it left Germany to pay reparations for the entire war. Their morale (and their finances) crushed, the crestfallen Germans wallowed in a mire of psychological (and economic) depression.

Much like the Crusades, the Holocaust is defined by the intentional, prolonged persecution of Jews by a religion. More than 70 years ago, Nazism—a religion of political rather than divine origin—emerged in Germany and metastasized throughout the Europe. As it spread, the civic religion created an international environment that permitted the systematic slaughter of Jews and other ethnic/religious minorities, of the mentally ill, and of the physically handicapped. Between 1938 and 1945, more than 10 million people (6 million of which were Jews) from all stages of life—guilty of nothing but existence—were sentenced to death as the rest of the world simply watched.

More than seventy years later, genocide has not gone away. Since the Holocaust, it happened again in Armenia, in Darfur, in Iraq, in Rwanda, and in Syria. And, sadly, most of it has happened without consequences for those responsible.

On Holocaust Remembrance Day, we remember the Holocaust with a moment of silence. On this day, we remember the two kinds of silence in this world: that of awe for things that cannot be expressed with words and that of the bystander. Words cannot be said for the senseless extermination of millions; words of resistance were never said by the Holocaust’s bystanders. If the United States had intervened earlier, who knows how many innocents could have been saved?

Don’t be fooled by crackpots who say that the Holocaust ever happened. Remember the Shoah so that you will know the dangers of hatred, of prejudice, and of indifference. Remember the Holocaust, if not for your own sake, for that of the victims. Remember them so that they did not die in vain.

Andrew Blitman is a poet and artist who is also the webmaster of this blog. He is the published author of five books, including "Birthright 2012: A Voyage into the Heart and Soul of Israel" and the "Wild Writers" Series. He can be reached at this e-mail address: andrew.blitman@gmail.com View all posts by Andrew Blitman