Andrew Blitman is a poet and artist who is also the webmaster of this blog. He is the published author of five books, including "Birthright 2012: A Voyage into the Heart and Soul of Israel" and the "Wild Writers" Series.

He can be reached at this e-mail address: andrew.blitman@gmail.com

"The Demon in the Desert"

This poem is a literary account of my intense spiritual experience in the Negev Desert, Israel, during Birthright 2012. “The Negev is a mystical place, A vast, empty space Of lore […]

The stardust shimmers As a comet passes over. Plowing through space for all of eternity, Its magnificent tail glimmers With hope and luminosity.   As it orbits the setting sun, […]

Against the Times: Is Moving Just the Thing You Need?

“Is Moving Just the Thing You Need?” by Ken Torrino, Web Relations for Douglas Elliman, brokers for New York City real estate. Edited by Andrew Blitman, “The Written Blit” It is […]

Hydrothermal vents: the origins of life? (2008)

This piece was originally published in the September 24, 2008, issue of The Miami Hurricane. For more student news, check out http://themiamihurricane.com. Miles below the turbulent surface of the ocean, […] 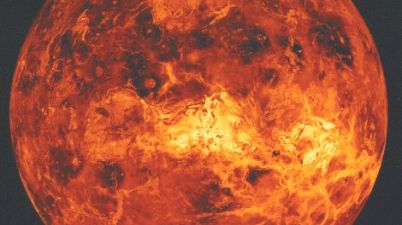 On the Perilous Future of the Oceans

According to the Natural Resources Defense Council (NRDC), humanity’s carbon-emitting ways could significantly affect the future of the planet’s oceans. Since 2013, the NRDC has collaborated with 11 other entities […]

There is no greater honor than the feeling of accomplishment. Whether it involves attaining a goal, meeting an expectation, or obtaining a memento to commemorate some intangible victory, achievement of […]